Changpeng Zhao’s company Binance is everywhere and yet based nowhere. The cryptocurrency exchange has processed trillions of dollars in trades this year as it transfers digital and conventional money around the world through a constellation of affiliates. And yet it has no headquarters.

Incorporated in the Cayman Islands, the company has grown at extraordinary speed into a leading player in the fledgling industry. But the 44-year-old Canadian-Chinese mogul’s business empire is now attracting intense scrutiny from global watchdogs as they grapple with new financial entities that act in many jurisdictions but are rooted in none.

Binance has led a peripatetic life since its founding by Zhao, who goes by the moniker “CZ” (pronounced ‘Sea-Zee’), in China four years ago. The company shifted its operations after a broad crypto crackdown by Chinese authorities in 2017. After it landed in Japan, regulators warned in 2018 it was doing unauthorised trading in cryptocurrencies in the country. Malta’s then prime minister Joseph Muscat welcomed Binance with open arms that year, but in 2020 its financial regulator proclaimed that despite the company’s operations in the EU state, it was not responsible for regulating the exchange.

Zhao, whose wealth was valued by Forbes at almost $2bn when bitcoin was on the ascent in March, insists the company has no formal headquarters. “You have to have an entity, you have to have a headquarter, you have to have a bank account. All of those things don’t need to exist for blockchain companies,” he told a crypto conference in 2020. He did not respond to a request to be interviewed for this article.

Regulators on three continents are clamping down on the company, one of the world’s biggest cryptocurrency exchanges by volume, as they attempt to police the porous border between the largely freewheeling crypto sector and the more tightly-regulated conventional financial market.

The UK’s Financial Conduct Authority last week banned a regulated affiliate called Binance Markets Limited from offering any traditional financial services that fall into the regulator’s remit, such as arranging investment deals in the UK. It also said the group was not authorised to conduct crypto asset business within Britain’s borders and warned consumers that transactions with unregistered companies are generally not covered by investor protection schemes.

The move by the UK regulator follows a warning from Japan last month that mirrored the concerns first expressed in 2018. And it comes as the company is preparing to pull out of the Canadian province of Ontario following a broader crackdown by its Securities Commission. The Cayman Islands Monetary Authority said on Thursday that Binance is not authorised to run a crypto exchange there either, and is “investigating” whether any of its operations are based in the tax haven. On Friday, Thailand filed a criminal complaint against the company for allegedly operating without a licence.

While the organisational charts of most companies resemble a pyramid, with a headquarters at the top and subsidiaries below, Binance’s is more like a hydra, with semi-autonomous units operating around the world. In Europe, Zhao-owned companies in London and Vilnius, which are not regulated as financial firms, help pump hard currency on and off the main Binance exchange through deals with UK-based payments processors including Clear Junction and Checkout.com.

Binance says it is rapidly hiring more compliance staff and using advanced tools to block any potential illicit activity from its systems. “We take our legal obligations very seriously and have worked hard to build a robust compliance programme,” it said in a statement to the Financial Times.

The regulatory offensive against the company and some of its affiliates comes as financial supervisors around the world worry that money from illegal drugs, ransomware and other crimes is washing back into the legitimate banking system through unmonitored links with crypto.

“Crypto exchanges are the frontier between the dark web and the regulated fiat world,” says Tom Keatinge, a financial crime expert at the Royal United Services Institute. “The FCA should be congratulated for cracking down on Binance and putting the fear of God in others.”

Yet the UK’s intervention has had limited practical effect. Binance.com customers briefly lost access to sterling withdrawals and some UK customers said their bank transfers to the exchange had been blocked, but consumers could still add or remove euros from the system, or take their digital coins off Binance’s platform directly.

The outage earlier in the week frustrated some clients, with one small business owner in the UK saying: “It fills me and no doubt many others with suspicion . . . At this moment I am not confident my money is safe any more.”

The Binance clash is a taste of things to come, say anti-money laundering experts. With evidence dating back to 2015 that terrorists and criminals were using crypto to move money around, the Financial Action Task Force, which spearheads the global fight against dirty money, called for a clampdown in 2019. Fifty-two countries and territories now regulate “virtual asset service providers”, and six have banned them outright.

For the latest news and views on fintech from the FT’s network of correspondents around the world, sign up to our weekly newsletter #fintechFT

Authorities fear that people are using dirty money to buy the digital equivalent or accepting it as payment for criminal activities. Without proper controls, crypto exchanges can become a way to launder that money into clean euros or pounds.

“Crypto has been the wild west of the financial services sector, and to a large extent it still is,” says David Lewis, FATF’s executive secretary. “We are not looking to close down these currencies. We are looking to support responsible innovators and create a level playing field. There is still a lot of regulatory arbitrage going on.”

The crypto anti-money laundering rules, launched in 2019, require companies to prove they can screen out criminal customers and flag up suspicious transactions. Regulators agree that most money laundering still goes through cash, ordinary bank accounts and shell companies, but they don’t want digital exchanges to provide criminals with another avenue.

“To be regulated adds a layer of credibility to the industry. Not only will your money be safe, but it will have more credibility that we are trying to stop financial crime,” says Peter Oakes, a former Irish banking regulator who now works with fintech companies. “It’s better to have 30 per cent more overhead from risk and compliance costs than zero revenue.”

Some customers appear to appreciate that attitude. Since the Binance crackdown was announced, Bitstamp, a Luxembourg-regulated rival that boasts of its “mature approach”, has seen a 138 per cent increase in new customer applications, says chief executive Julian Sawyer.

Binance itself has struggled at times to keep its compliance function on par with its sweeping operations in the view of several people directly familiar with the group’s practices. Those operations include leveraged trading in digital coins such as bitcoin and ether, futures, options, savings, lending and stock tokens. The company has processed $5.4tn in “spot” crypto transactions this year, according to crypto and blockchain research group TheBlockCrypto.

The exchange was one of the two leading destinations for illicit bitcoin flows in 2019, with about $770m moving on to the platform from allegedly criminal enterprises, according to Chainanlysis, a digital asset industry data provider. When the report was published in 2020, Binance said it was “compliant and adheres to local regulations” in all markets where it operated.

An employee at a company that used to connect Binance to traditional financial markets says that while the exchange “talks a big game on anti-money laundering and know-your-customer” rules, it was “resistant to throwing human resources at compliance issues” and preferred to automate its controls.

The person adds that his company ultimately cut off ties with Binance over worries that it was “not a great advert for the [crypto industry]”.

Two people familiar with Binance’s operations say that as its business has boomed, it has often lacked the resources and practices needed to handle thousands of transactions. One of them described some of Binance’s clients as “toxic”, because they appeared to be so high risk.

Binance says it is “categorically untrue” that it lacks sufficient compliance capacity and that is continuing to invest in the area.

Binance Markets Limited, which is controlled by Zhao, attempted to set up a “ringfenced” exchange in the UK that would have allowed for trading in digital tokens against the euro and sterling. But it pulled its application in May after the FCA demanded “exhaustive disclosure” and hundreds of pages of documents related to anti-money laundering controls, according to a person familiar with the matter.

Video: Why every Dogecoin has its day – crypto explained

Binance says it has “consistently invested in its compliance efforts . . . including using some of the top [regulation technology] tools and vendors in the space and making strong hires”. The group adds that it has doubled the size of its compliance and law enforcement team, which now numbers in the “hundreds”, over the past year.

The FCA says that more than 90 per cent of the virtual exchange companies that initially tried to meet its standards to become registered crypto firms have withdrawn their applications. “It is a tough process and a lengthy process,” says Ryan Moore, chief executive of Mode, which finally secured its registration last week after working with the watchdog for nearly two years. “It’s a significant investment of people and technology.”

Some crypto advocates argue that the regulatory crackdown will have unintended consequences. They particularly cite FCA bans on the sale of crypto-based derivatives. “It’s forcing consumers to look offshore where they won’t be given the same level of protection,” says Nick Jones, who runs Zumo, a UK crypto platform that is in the formal FCA registration process. 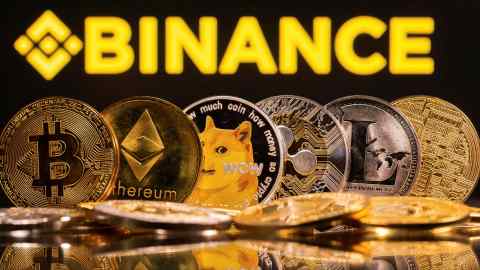 Others say that tighter enforcement will bolster investor confidence and help the sector grow. “Firms that have nothing to hide should embrace this opportunity to enhance confidence in their business by seeking registration and appropriate oversight,” the chief Ontario regulator Grant Vingoe said recently.

One UK-based user of the Binance exchange took a similar view, saying that he planned to keep using the platform but worried that if interventions by regulators became a “regular occurrence [forcing operators to] flip virtual headquarters from one place to another in a cat ‘n’ mouse game” he might need to rethink his allegiance.

“Crypto is enough of a casino without having to also worry about the real money part of the equation,” he adds.